Bitcoin’s Blowing Up, and That’s Good News for Human Rights. Here’s Why

Bitcoin’s value reached an all-time high this week after Tesla announced it had bought $1.5 billion worth of the cryptocurrency. After its launch in early 2009, Bitcoin has gone through a lot of ups and downs. Some of its biggest price swings were in 2017 and 2018, when a steep rise followed by an 84 percent decline brought plenty of hype and headlines. After a quiet period, the last three months of 2020 saw yet another sharp rise as the currency’s value more than tripled—and it’s still climbing.

Not surprisingly, more and more investors are now jumping on what can still seem like a techy, trendy bandwagon. In an economy where governments are printing money hand over fist, people want a more secure place to put their assets. In addition to prevailing economic uncertainty, many institutional investors are dipping their toes into the cryptocurrency, and even PayPal began offering customers the ability to buy Bitcoin late last year. Elon Musk’s repeated endorsement of the cryptocurrency hasn’t hurt, either. Some even believe digital currencies like Bitcoin are the future of money.

But intertwined with Bitcoin’s more speculative potential (as an asset or currency) is an important feature many investors may miss: its power to protect human rights and stand against tyranny.

In a new video for Reason magazine, Alex Gladstein, chief strategy officer at the Human Rights Foundation, explains why the cryptocurrency is an inalienable tool for preserving freedom, and how it’s being used by people in different parts of the world to do so.

Money makes the world go ’round, and as such, it’s a perfect tool for surveillance and control. The decline of cash in many societies and its replacement with digital payment methods means we’ve all but kissed financial privacy goodbye; all of our digital transactions are logged and kept on record for years.

In most democratic countries this doesn’t tend to come with consequences much more intrusive than targeted ads. But for the more than four billion people living under authoritarian regimes, it’s a different story.

Their governments can—and do—freeze peoples’ bank accounts, shut down ATMs, decide who gets cut off from financial services, and even seize private funds. Actions like these are often targeted at individuals labeled as problematic: activists, dissidents, union leaders, critics of the ruling party, intellectuals, and the like. Cutting off access to money is a quick-and-dirty way to immobilize people, not to mention wreak havoc when it’s done on a large scale.

If only there was a monetary system not controlled by a central bank, untouchable by governments, where value could be transmitted without corruption or interference and unaffected by international borders.

This article originally appeared on Singularity Hub, a publication of Singularity University.

Sun Apr 11 , 2021
Sustainable Eating Made Easy. The needs of grocery shoppers are seemingly always evolving, and now more than ever, they want to know where and how their food is produced and what impact it has on the environment. This is commonly referred to as “sustainable eating,” and its popularity is growing […] 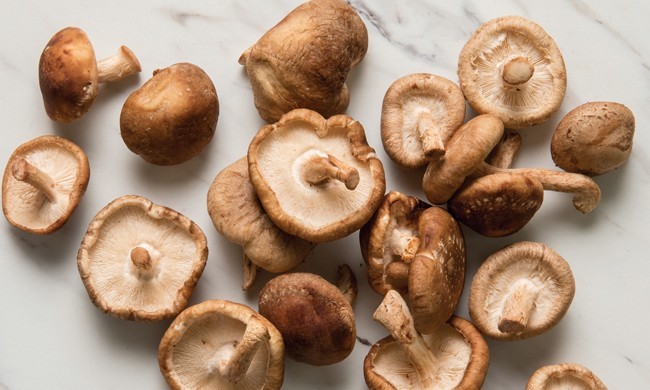