Lab–grown and plant–based meat: the science, psychology and future of meat alternatives – podcast

How do you mimic meat? We take a look at the science behind plant-based and cultured meat in this episode of The Conversation Weekly podcast, and where it might lead. And we hear about new research from Indonesia on cigarette advertising and how it lures in children.

Companies have been marketing meat alternatives such as soy or bean burgers at vegetarians and vegans since the 1970s. But in the last few years, a number of companies including Beyond Meat and Impossible Foods have changed the game, launching plant-based products aimed at mimicking real meat.

Mariana Lamas, a research associate at the Centre for Culinary Innovation at Northern Alberta Institute of Technology in Edmonton, Canada, says such efforts are attempting to reverse engineering nature. “They ask what makes meat taste and cook like meat and they go from there.” She talks us through some of the science
involved and the key elements that make a plant-based meat mimic successful.


From plant-based products we turn to cultured meat, or what some call “no-kill” or vegan meat. Andrew Stout, PhD candidate in biomedical engineering at Tufts University in Massachusetts, US, explains how he grows meat in a petri dish in a lab. Stout believes cell-line technology like this, which breaks down meat to its individual cells, bring massive potential to add different flavours, nutrients and even medicines to cultured meat. “Once you’re dealing with cells, the whole world opens up to you that isn’t open when you’re dealing with whole animals.”

So far only one country in the world, Singapore, has granted a licence to sell cultured meat. But even if more products do start making it onto menus and into supermarket aisles elsewhere in the world, will people eat it?

We talk to Matti Wilks, postdoctoral research associate in psychology at Yale University in Connecticut, US, about her research into people’s readiness to eat cultured meat. While Wilks says people’s attitudes are, for the most part, “cautiously optimistic”, a sizeable group are very against the idea. She says this is down to a mixture of things, such as “concerns about the novelty, naturalness, disgust and probably some sort of unknown and fear in there as well.”

In our second story (25m30), we’re talking about the dangerous effects of cigarette advertising in Indonesia, ranked in the top ten countries in the world for the number of adults who smoke. A couple of recent studies have looked into the relationship between cigarette advertising and smoking in the country – and particularly among children. One of the researchers, Nurjanah, senior lecturer in health promotion at Universitas Dian Nuswantoro in Semarang City, Indonesia, explained what she and her colleagues found when they mapped the proximity of cigarette advertising to schools.

And Hannah Hoag, deputy editor at The Conversation in Canada, gives us some of her recommended environment stories to dip into this week (34m40).

This episode of The Conversation Weekly was produced by Mend Mariwany and Gemma Ware, with sound design by Eloise Stevens. Our theme music is by Neeta Sarl. You can find us on Twitter @TC_Audio, on Instagram at theconversationdotcom. or via email on podcast@theconversation.com. You can also sign up to The Conversation’s free daily email here.

News clips in this episode are from the BBC, Reuters and Al Jazeera English.

You can listen to The Conversation Weekly via any of the apps listed above, download it directly via our RSS feed, or find out how else to listen here.

Mon Jul 19 , 2021
Peanut butter chocolate chickpea cookie dip this summer months offers a break in routine, and that extra time around the house or gathering with loved ones can lead to increased snacking opportunities. However, that warmer weather can also be accompanied by a desire for sweet treats. (Family Features)  To satisfy […] 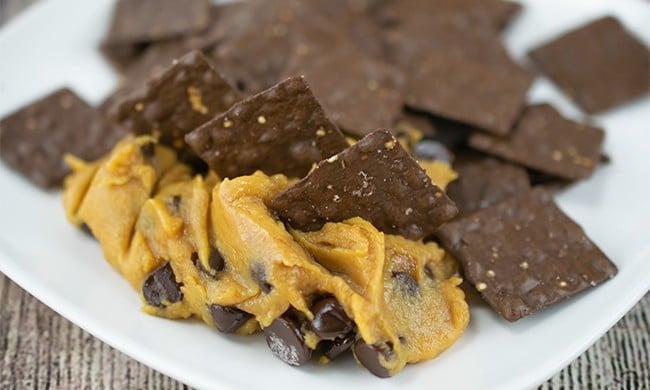