World’s FIRST HAMBURGER NEW HAVEN, CONNECTICUT – Welcome to New Haven, one of the pizza capitals of the United States, Yale University, and there happens to be an original restaurant called Louis’ Lunch where the modern hamburger was invented. The restaurant is still family run since 1895! First of all you have to appreciate the amazing original building of Louis’ Lunch, it’s totally frozen in time, literally unchanged, just aged to perfection. It’s like a cottage from the outside, and when you step inside you can feel the original charm – there are wooden pulpit like booths, personal seating with burger tables, and then you see the original vertical burger chargrills at the front of the restaurant, and you know you’re about to eat the original hamburger! For a little of the history, in Germany they had been eating a Hamburg steak, served like a hamburger steak, yet it hadn’t been put into bread to make it a handheld sandwich. As the story goes, the ground beef was brought to New Haven by sailors from Hamburg, Germany. Louis Lassen started serving hamburger steak, and one day when some customers were in a rush, he stuck the hamburger steak between two slices of bread and gave it to them. The sailors loved it, and they actually named it the hamburger. Now, the complete history of the hamburger is not fully known and some argue that it was consecutively invented at the same time across a number of places, but the hamburger story of Louis’ Lunch is without a doubt real, and they are surely the ones who made the hamburger popular. If you think about it, this is ground zero – this is where all other burgers originate! Whether you’re eating at McDonald’s or a gourmet artisanal burger, they all have origins and have been influenced by the original hamburger right here in New Haven! The hamburger by the way is amazing, nothing more and nothing less than you would want. And it’s an ultimate food history experience. 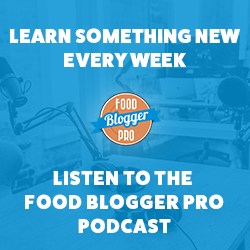 How a Female Erection Works

Bandits are losing interest in robbing banks, as some crimes no longer pay

Get Inspired to Give Back this Holiday Season

What’s a polycule? An expert on polyamory explains