The best carrier.
The best coverage.

Ting is a mobile virtual network operator (MVNO). That means that they pay the big nationwide carriers for access to their cell towers and mobile infrastructure while Ting provides their own unique features, billing, and customer service. Ting uses two of the major network providers: T-Mobile and Sprint. Because they are purchasing service at less expensive wholesale prices they are able to pass those savings on to their customers. Ting does not have physical stores – everything is done online or over the phone.

If Ting is using T-Mobile’s and Sprint’s cellular towers, what is the advantage of using Ting over T-Mobile or Sprint? The biggest difference that Ting only charges you for the minutes, texts, and data that you actually use rather than a set cost. The second is customer service, as Ting provides far superior customer service than their competitors. 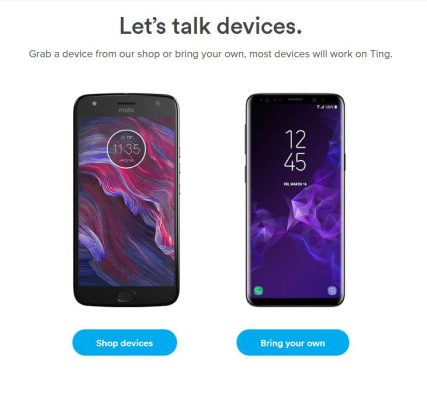 Pay for what you use

A fair price for however much talk, text and data you use.

Rest assured, Ting has you covered from coast-to-coast.

We’re not about to lock you into a

Wed Apr 1 , 2020
The massive coronavirus outbreak has raised the question: Could anyone have seen this coming? Billionaire Microsoft founder and philanthropist Bill Gates did – publicly warning in 2015 that most countries are unprepared for the real probability of an infectious pandemic, and asserting “if anything kills over 10 million people in […]