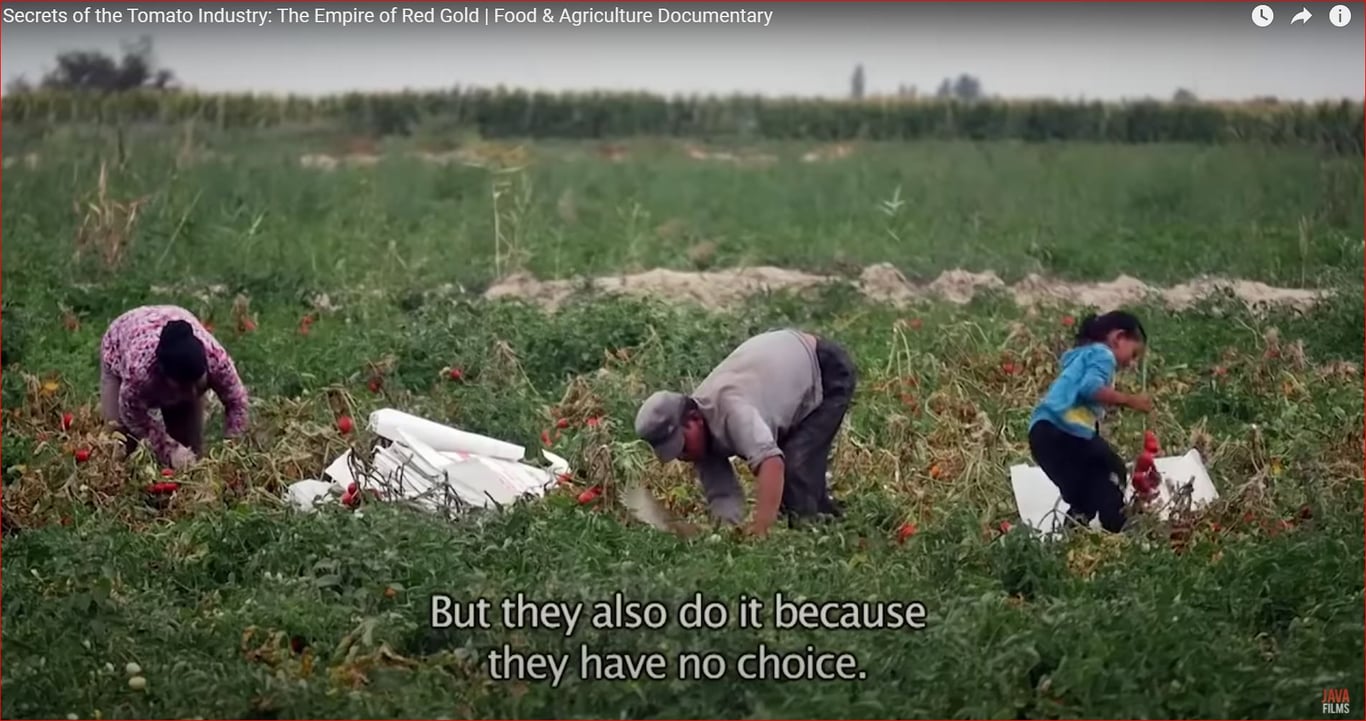 The world’s most consumed fruit has an untold story. The industrialization of the humble tomato preceded the globalized economy that was to follow. It is now as much of a commodity as wheat, rice, or petrol. The tomato’s ability to create strongly identifiable products, such as ketchup, pizza sauce, soups, sauces, drinks, or frozen dishes is unbeatable. As early as 1897, ten years before Ford started to mass-produce cars, Heinz was already converting tomatoes into standardized cans of puree. They were one of the first companies to understand the power of branding. They banned unions, imposed uniform standards of production, and established genetic laboratories that ensured identical tomato plantations all around the world. Today, wherever you are in the world, you can eat the same tomatoes. This film will trace the journey of tomato paste from Africa, Italy, China, and America to show the consequences of this global business.

The TRUE Cost of Your Sushi: Emptying the Seas | Food Investigation Documentary

USA: A History of Democracy | Independence for the 1%: Who Rules America? Ep. 2 Documentary

The Big Business of Counterfeit Goods: The Hidden Dangers of Fake Products | Documentary

Behind the Glitter: Child Labour in Mica Mining | Secrets of the Cosmetics Industry Documentary

Two Sides of Miami: Super-Rich vs Super-Poor in the USA | Poverty & Wealth in America Documentary

Is the USA Run by a Permanent ‘Power Elite’? Who Rules America Documentary Series | Ep.1

The Super-Rich Royals of India: The Secret Lives of the Maharajahs | Indian Wealth Documentary

Gangs in France: Robbers, Fraudsters and Pimps | Inside the French Mafia Network | Documentary
«
Prev
1
/
15
Next
»

Need some time to chill for the day, take a break with Ezz Jazz, Charlotte’s local live streaming Jazz.

Wealth of nations: Why some are rich, others are poor – and what it means for future prosperity

Wealth of nations: Why some are rich, others are poor – and what it means for future prosperity

‘A revolutionary ruling – and not just for abortion’: A Supreme Court scholar explains the impact of Dobbs