Are You Actually Ready For Life Off The Grid?

To live off the grid is a lifestyle decision. While it takes planning, commitment, and active engagement from the homeowner, the rewards of off-grid living are significant. First, the cost of the off-grid solar power.

Are You Actually Ready For Life Off The Grid?. To live off the grid is a lifestyle decision. While it takes planning, commitment, and active engagement from the homeowner, the rewards of off-grid living are significant. First, the cost of the off-grid solar power system is the only “electric bill” a homeowner will receive. Essentially, the price of power is paid upfront at a price that will show to be better than the on-going and climbing rates of utility companies. Next, the homeowner benefits from the sense of self-sufficiency and independence that off-grid living provides. Finally, the owner of a properly designed and maintained off-grid solar power system contributes to a better future for everyone: Their impact on the environment will be reduced through the use of renewable solar energy.

Incentives are also available in the form of a 30% federal tax credit, which is applied to the total cost of the solar power system. This is 30% of the total system price, including both components and labor for the installation. If you plan to do the installation yourself, only the system components can be applied to the tax credit. Either way, you can save quite a bit.

Off-grid solar power systems vary widely depending on the load that will be placed on the system and the general surroundings of the building site. Cost is perhaps the largest consideration in choosing the size of an off-grid power system.

The major components used to build the system are the solar modules, the off-grid power inverter, battery charge controller, module racking system, and deep cycle battery bank. These individual parts will determine how much power is generated, how much power is available in the conversion to household current, and how much power is available for reserve.
Energy efficiency is most important when designing an off-grid solar power system. The cost of the system is determined by its size, and the size of the system is determined by the appliances the homeowner intends on using. Refrigeration, heating, and air-conditioning are typical necessities, and these appliances and their electrical consumption are measured first when writing up a system proposal. Next are appliances whose use is more driven by choice – if an appliance generates heat such as a toaster, coffee maker, or dishwasher, it needs careful consideration because these items use a significant amount of energy. Off-grid solar power systems are capable of providing every comfort and convenience as a standard home. They usually achieve this by considering high levels of efficiency rather than making huge investments in power production.

The smallest systems provide DC (direct current) voltage only. These systems are great for campgrounds and vacation cabins, providing energy for simple living with lighting, and even entertainment systems. These solar power systems range in price from around $3500 to $5000. Adding more solar panel modules increases your charging capacity. Add a power inverter, and now you have AC (alternating current) power available like a typically powered household. Many off-grid power inverters also include battery chargers that work with a generator to back up the solar PV module array as your source of charging for your battery bank. The larger the power inverter, the larger the charger built into it. These power inverters have a built-in transfer switch allowing your AC circuits to run off the generator while your batteries are charging. The battery bank size is determined by the amount of reserve power required but also by the amount of charging capacity available. It’s important that deep cycle batteries regularly be recharged completely. Mounting for the solar panel modules is another consideration that impacts the cost of the installed system. Those could be rooftop or ground mount racking systems or a mix of both to handle the number of solar panel modules needed. Larger systems that provide many or all conveniences of a standard, grid-tied homes range in price from $13,000 and up. There are virtually no limitations as to how large a system can be built. The equation is very plain ……more watts equals more dollars!

One thought on “Are You Actually Ready For Life Off The Grid?”

What Happens When You Bury Kitchen Scraps in the Garden? 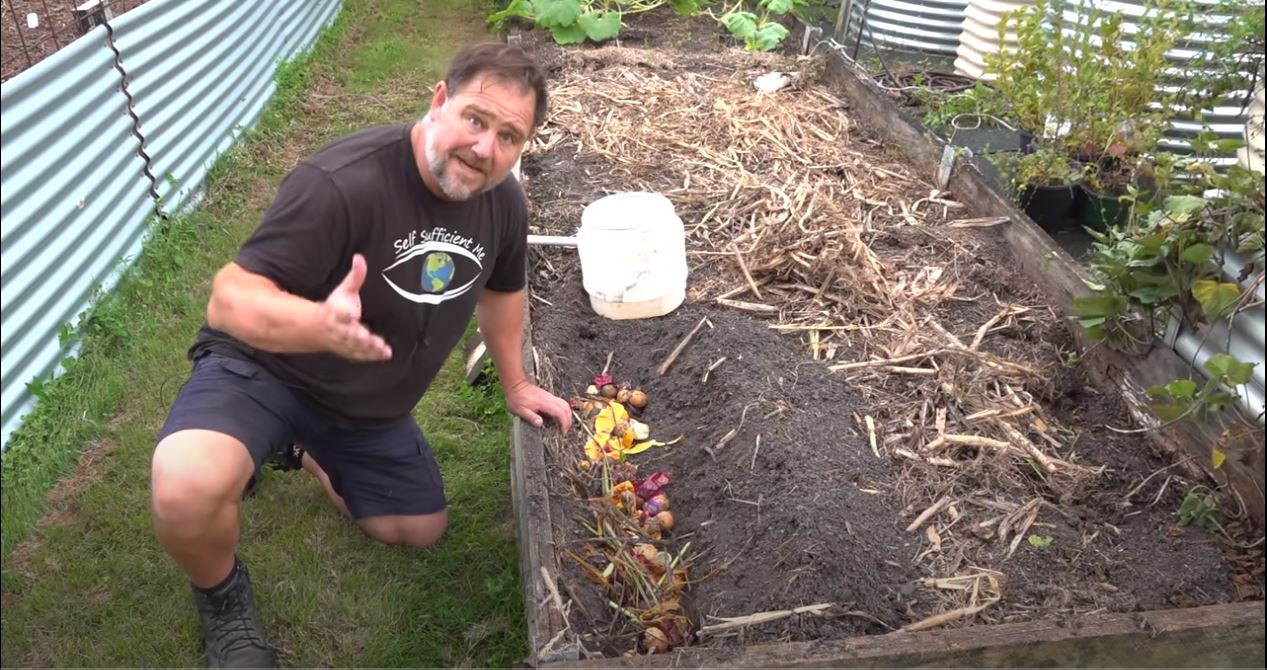